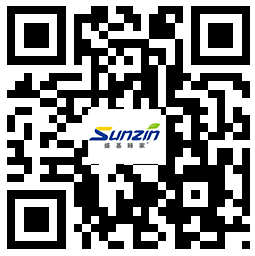 Returning green to the earth, returning health to humanity

In 2008, formaldehyde-free adhesives were successfully developed in the laboratory.

June 2009 To Tenglong Bamboo Industry in Zhangzhou, Zhejiang, to do application experiments

December 03, 2009 The first invention patent was declared, "a formaldehyde-free, non-toxic adhesive and its preparation method"

In April 2012, the company was awarded the most promising technology company in Dongying City in 2011.

In April 2013, won the first prize of the 2012 Dongying Science and Technology Innovation Achievement Award.

In April 2013, the invention patent for the invention of formaldehyde-containing interior wall latex paint with visible light catalytic performance and its preparation method

December 2013 was recognized as “Dongying Science and Technology Enterprise”

In April 2015, as the main drafting unit, participated in the formulation of the national standard for the basic requirements of the gluing performance of wood structural adhesives.

In April 2015, as the main drafting unit, participated in the formulation of the “General Technical Requirements for Green Wood-based Panels” industry standard

In June 2015, he was invited to participate in the “2015 National Wood Functional Materials and Products Technology Forum” hosted by the Institute of Wood Science of the Academy of Forestry, and gave a speech entitled “Shengji’s Application of Formaldehyde-Free Adhesives in the Wood-based Panel Industry”.

In July 2015, the adhesive products were officially approved by the IKEA Chemical Group and obtained the “passport” for IKEA system access.

In 2015, he participated in the “4th China Innovation and Entrepreneurship Competition” sponsored by the Ministry of Science and Technology, the Ministry of Education, the Ministry of Finance, and the National Federation of Industry and Commerce. In September, he was selected as the national finals of the new materials industry. He successfully entered the top 48 and won the honor of “Excellent Enterprise”. title

In October 2016, the company's “Key Technologies for Large-Scale Production of Formaldehyde-Free Plywood” was recognized as “Scientific and Technological Achievements” and reached “International Advanced Level” through the evaluation of scientific and technological achievements organized by China High-tech Industrialization Research Center.

In April 2017, successfully promoted and participated in the preparation of the "formaldehyde-free wood-based panels and their products" forest industry association standards

In October 2018, successfully promoted and participated in the preparation of "Wood-based board and formaldehyde-free adhesives" China Wood and Wood Products Circulation Association Group Standard

In December 2018, the company passed the high-tech enterprise certification